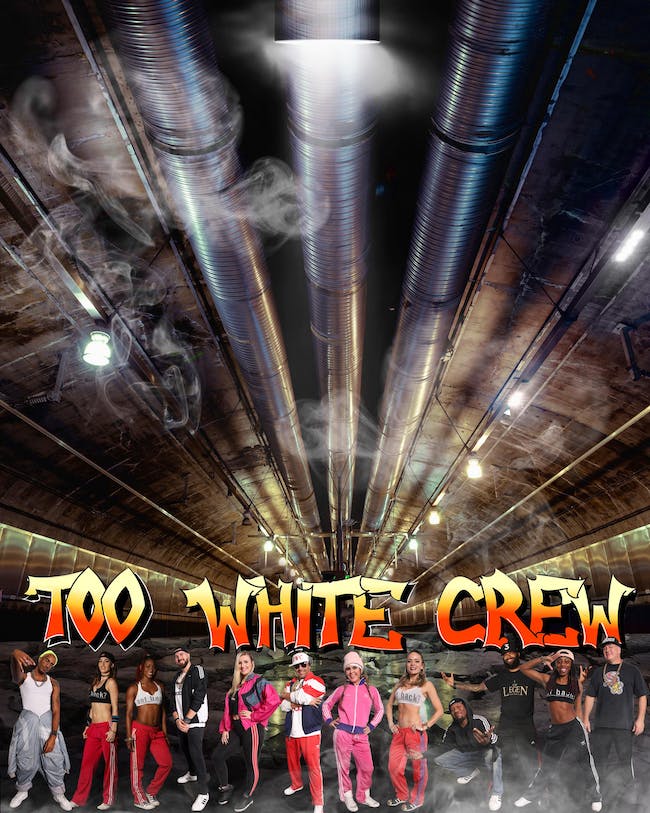 Who's ready to kick is old school? Too White Crew makes their debut at the Afterlife Music Hall inside Brauer House! Don't miss out on this high energy show!

Alright STOP. Collaborate an’ LIS-en. Remember when hip hop Talked About Sex? When you could Bust a Move, Shake the Rump, do the Humpty and no one was poppin’ caps? When Bell Biv Devoe called all y’all tricks “Poison” and warned all the fellas to “never trust a big butt & a smiiiiiiile”? We do too. And that’s why we’re bringing in the Too White Crew.

There is simply no band anywhere like the Too White Crew. It is a tribute to classic, late 80’s, 90’s and early 00's hip hop and R&B party anthems, featuring all-live music (no tracks) from a six piece band, accompanied by choreographed “Fly Girl” dancers. It’s a party band…it’s a show…it’s art…it’s madness on stage — all packaged in an unprecedented way. TWC has opened for countless hip hop artists like Nelly, Vanilla Ice, Naughty by Nature, Tone Loc, Digital Underground, Jason Derulo... and TWC is the only band in the past decade to perform at the Playboy Mansion.

We are not responsible for injuries sustained from grown ups trying to do the worm, the running man or the Roger Rabbit at this show. We’re sorry for any inconvenience this may cause.