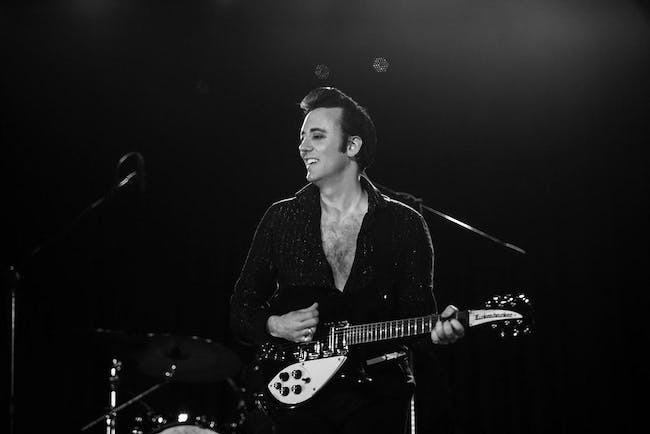 Everett Dean started his music career by winning his first music contest at the age of 12. Since then he has perfected his electrifying style of music. He and his backing group, The Lonesome Hearts, are one of the nation’s hottest bands. Everett also serves as the focal point in the Musical Trilogy, The Killer, the King and Cash: A Tribute to the Music of Elvis Presley, Jerry Lee Lewis and Johnny Cash. He also fronts the solo Elvis Tribute show, Elvis: Remembering the King. He was featured at the Icon Theater in Branson, Missouri in such shows as Jukebox Journey: A history of 50’s and 60’s rock n’ roll show as well as The Rockabilly Kings: A tribute to the Legends of rockabilly music.

With nearly half a century of musical experience,

when he and his brother would listen to Elvis and The Beatles.

Beginning with his junior high band, The Britains, Rick began

experimenting in songwriting and playing the latest hits of the '50s and '60s,

including some songs from The King of Rock 'n Roll, Elvis Presley.

As the '60s came to a close, a new journey was beginning

for this young teenager from Halsted and Armitage.

The 1970's had begun, bringing something even Rick couldn't imagine...